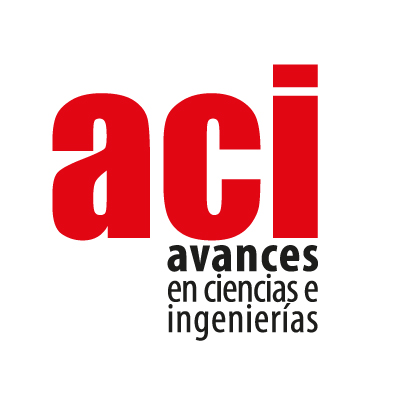 Authors who publish in the journal ACI Avances en Ciencias e Ingenierías accept the following terms: The authors will retain their copyright and guarantee the journal the right of first publication of their work, which will be simultaneously subject to the Creative Commons Attribution License that allows third parties to share the work provided that its author and its first publication in this journal is indicated. Authors may adopt other non-exclusive license agreements for the distribution of the published version of the work, thereby being able to publish it in a monographic volume or reproduce it in other ways, provided that the initial publication in this journal is indicated. Authors are permitted and advised to disseminate their work over the Internet: Before submission to the journal, authors can deposit the manuscript in pre-publication files/repositories (preprint servers/repositories), including arXiv, bioRxiv, figshare, PeerJ Preprints, SSRN, and others, which can produce interesting exchanges and increase citations of the published work (see The effect of open access). After submission, it is recommended that authors deposit their article in their institutional repository, personal website, or scientific social network (such as Zenodo, ResearchGate or edu).
Atribución no comercial (CC BY-NC) 4.0

Abstract: We present the first record of the orb-weaver spider Bertrana striolata from Amazonian lowlands (east of the Andes) in Ecuador, based on a specimen collected at the Tiputini Biodiversity Station, province of Orellana, Ecuador. Previously the species was known in the country from just one locality on the Pacific lowlands (west of the Andes).

Bertrana Keyserling, 1884 is a Neotropical genus of spiders that includes some of the smallest known araneid orb-weavers [1–2]. Up to date, 12 species of Bertrana have been described, but due to their small size, they are less often collected, and much remains to be discovered about its diversity and distribution [1–2]. Bertrana striolata Keyserling, 1884 has the broadest geographic range among all species of the genus, with records in Costa Rica, Panama, Colombia, Ecuador, Peru, Guyana, Brazil, Bolivia, and Argentina [1]. Despite its large range, B. striolata is known from broadly scattered localities, and most records come from Panama and Brazil [1–12]. In western Amazonia, B. striolata remains known from just four localities: one in Colombia (Bueva Vista) and three in Peru (Tingo María, Dantas La Molina, Atalaya-Río Carbón) [1]. We present the first record of B. striolata from the Amazonian lowlands of Ecuador.

The voucher specimen is deposited in the collection of spiders of the Museo de Zoología (ZSFQ), Colegio de Ciencias Biológicas y Ambientales, Universidad San Francisco de Quito, Quito, Ecuador (patent No. 006-2015-FAU-DPAP-MA). It is preserved in 70% ethanol with glycerine. Since species of the genus Bertrana are tiny and delicate spiders, we present black-and-white illustrations to offer clear details of its dorsal pattern and epyginium (with the same parameters standardised by Levi [1]. The specimen was examined and measured under an Olympus SZX16 research stereomicroscope and illustrations were made with an attached camera lucida.

A female Bertrana striolata (ZSFQ-Q053, Fig. 2) was collected at Tiputini Biodiversity Station TBS (0.618056° S, 76.171944° W, 250 m, Fig. 1) on 24 June 2009. It was found on a vertical two-dimensional orb web (0,26 m diameter; 0,99 m above ground) on a bush at a gap in primary Varzea forest, sitting in the hub at about 17h30. TBS is a scientific station located in the province of Orellana, Republic of Ecuador, ca. 280 km ESE from Quito, in the northern bank of the Tiputini River, part of the Napo and Amazonas rivers basins. Universidad San Francisco de Quito (Ecuador) established this station in 1995, in collaboration with Boston University (USA), as a centre of education, research and conservation. TBS is adjacent to the Yasuní National Park and it is part of the Yasuní Biosphere Reserve. TBS preserved ca. 650 hectares of primary forest, mostly Non-Flooded Lowland Evergreen forests, but narrow belts of Varzea (Lowland Evergreen forests seasonally flooded by white water rivers) and Igapó (Lowland Evergreen forests seasonally flooded by black water rivers) extend along the borders of the river, streams, and oxbow lake.

The specimen herein reported (Fig. 2) is identified as a member of the genus Bertrana by having sparse black pigment in the eye region, low soft carapace, wider-than-long abdomen, and small size (<5 mm total length) [1]. It clearly shows all diagnostic characters of female Bertrana striolata, including: carapace with black lines on a white dorsal background (without dusky marks), epigynum wider than long with a wider than long median plate in posterior view. No significant differences are found in coloration and genital morphology between our specimen and populations of other regions [1]. Our specimen is slightly larger (4.3 mm total length) than those reported by Levi [1], up to 3.8 mm in total length), but we regard this as intraspecific variation.

In Ecuador, Bertrana striolata was previously known from a single locality on the Pacific lowlands (4 km NE of the town of Pedro Vicente Maldonado, 550 m, province of Pichincha) based on two specimens collected in July 1988 [1]. To the best of our knowledge, our record also corresponds to the second locality of the species in the country, and the first record for the province of Orellana. The lack of previous records of this species in Ecuador is most certainly due to the absence of studies on the diversity of spiders in Ecuador, rather than to its low abundance or rarity. In fact, five species of Bertrana have been recorded in Ecuador: Bertrana elinguis, B. planada, B. striolata, B. poa, and B. urahua [1–2, 13]. Yet, nothing has been published about any of these spiders in Ecuador since their original descriptions. In general, knowledge on the diversity and natural history of the spider fauna of Ecuador is deficient. 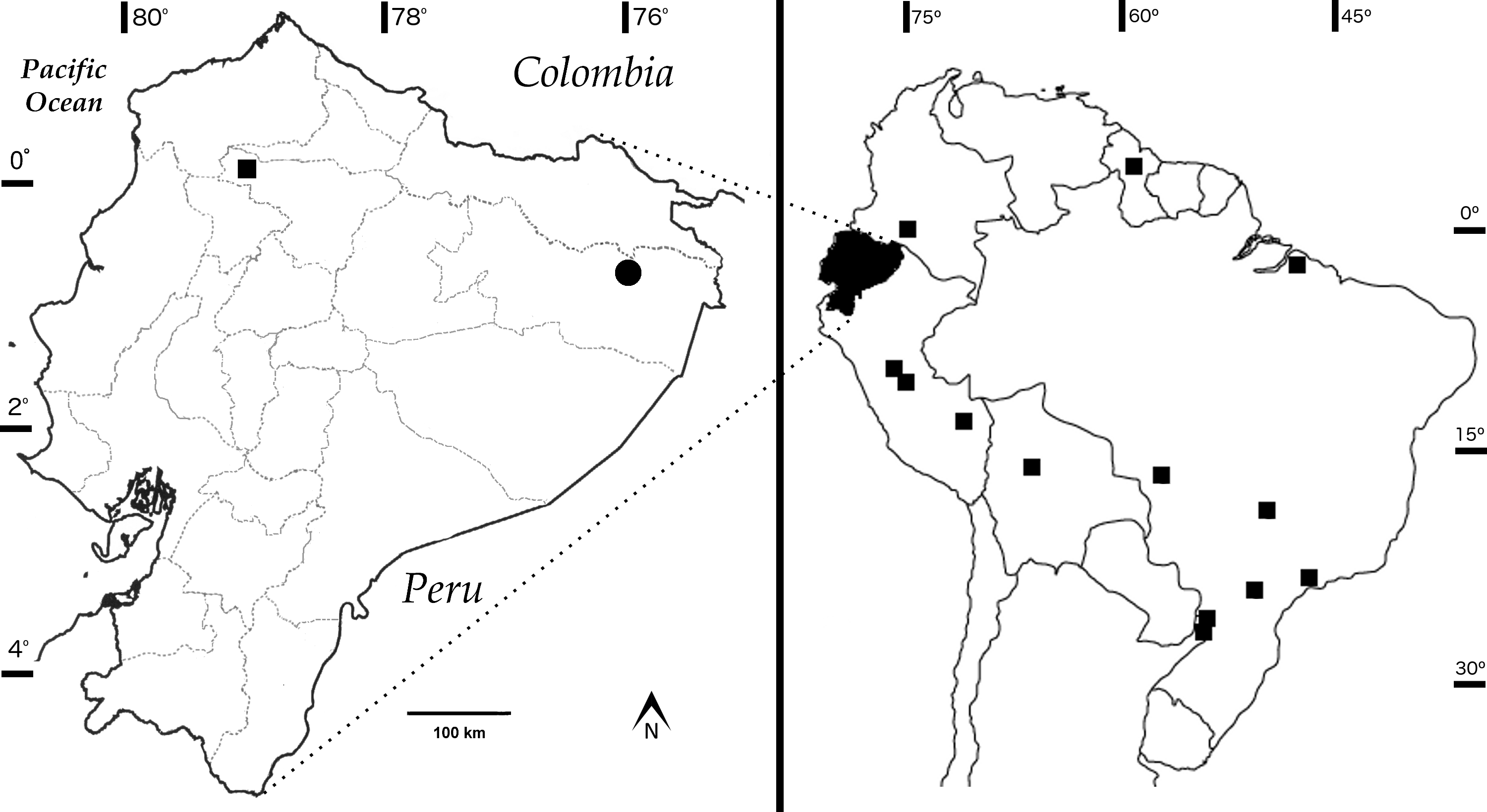 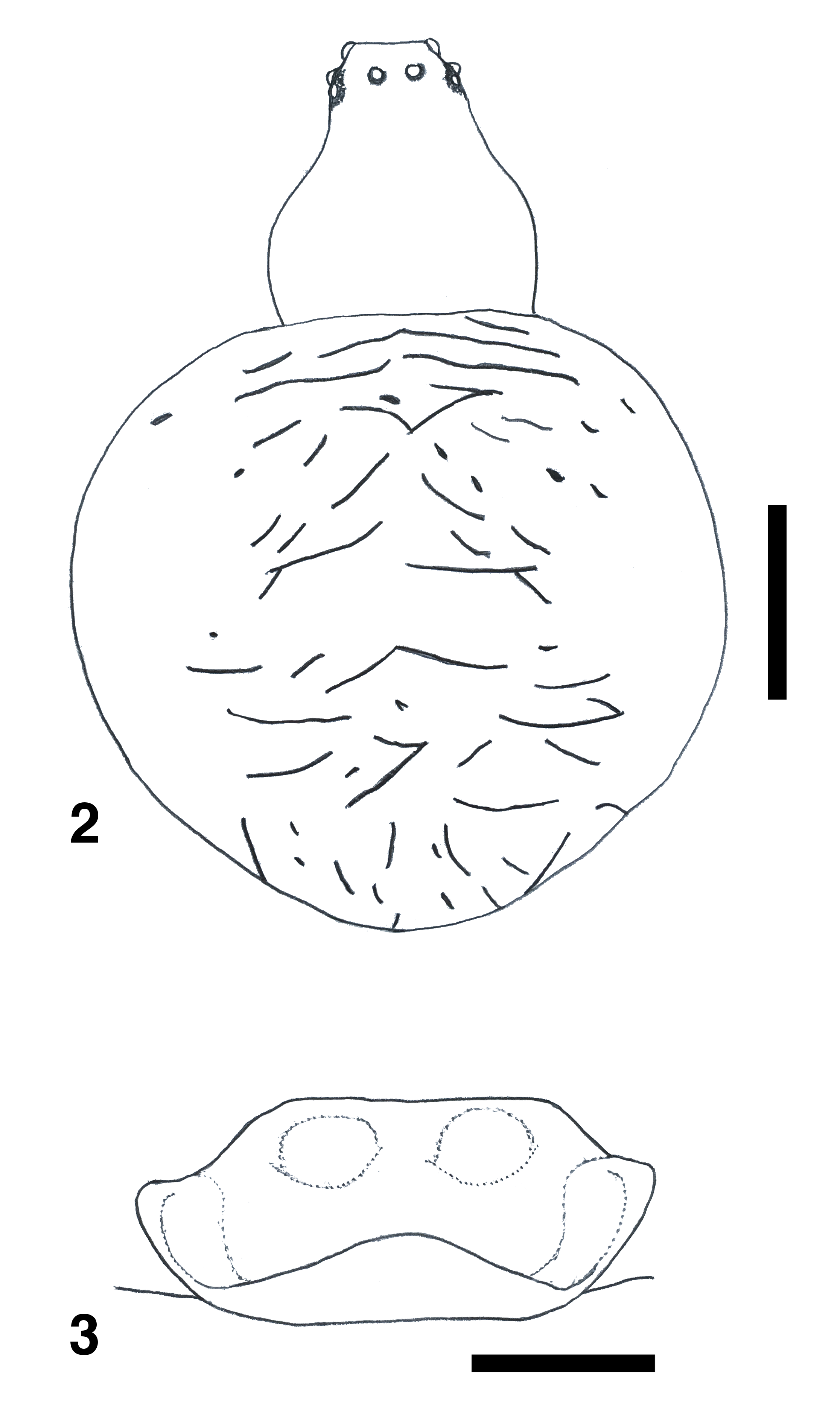 We are grateful to Pablo Riera and Gabriel Muñoz for support during our work, and to two reviewers that commented on the manuscript of this paper. Universidad San Francisco de Quito, María Elena Heredia, and Laura Heredia provided financial support for our studies. This study is the first contribution of the research programme “Diversity of Orb-Weaver Spiders (Araneidae) in Ecuador”, which aims to increase our knowledge on the diversity and biogeography of Ecuadorian araneids.